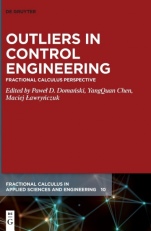 
Outliers play an important, though underestimated, role in control engineering. Traditionally they are unseen and neglected. In opposition, industrial practice gives frequent examples of their existence and their mostly negative impacts on the control quality. The origin of outliers is never fully known. Some of them are generated externally to the process (exogenous), like for instance erroneous observations, data corrupted by control systems or the effect of human intervention. Such outliers appear occasionally with some unknow probability shifting real value often to some strange and nonsense value. They are frequently called deviants, anomalies or contaminants. In most cases we are interested in their detection and removal.

However, there exists the second kind of outliers. Quite often strange looking data observations are not artificial data occurrences. They may be just representatives of the underlying generation mechanism being inseparable internal part of the process (endogenous outliers). In such a case they are not wrong and should be treated with cautiousness, as they may include important information about the dynamic nature of the process. As such they cannot be neglected nor simply removed. The Outlier should be detected, labelled and suitably treated. These activities cannot be performed without proper analytical tools and modeling approaches. There are dozens of methods proposed by scientists, starting from Gaussian-based statistical scoring up to data mining artificial intelligence tools. The research presented in this book presents novel approach incorporating non-Gaussian statistical tools and fractional calculus approach revealing new data analytics applied to this important and challenging task.

The proposed book includes a collection of contributions addressing different yet cohesive subjects, like dynamic modelling, classical control, advanced control, fractional calculus, statistical analytics focused on an ultimate goal: robust and outlier-proof analysis. All studied problems show that outliers play an important role and classical methods, in which outlier are not taken into account, do not give good results. Applications from different engineering areas are considered such as semiconductor process control and monitoring, MIMO peltier temperature control and health monitoring, networked control systems, and etc.