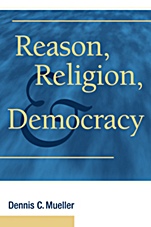 
This book also emphasizes the difference between religion and science as means for understanding causal relationships, but it focuses much more heavily on the challenge religious extremism poses for liberal democratic institutions. The treatment contains a discussion of human psychology, describes the salient characteristics of all religions, and contrasts religion and science as systems of thought. Historical sketches are used to establish a link between modernity and the use of the human capacity for reasoning to advance human welfare. The book describes the conditions under which democratic institutions can advance human welfare, and the nature of constitutional rights as protectors of individual freedoms. Extremist religions are shown to pose a threat to liberal democracy, a threat that has implications for immigration and education policies and the definition of citizenship.