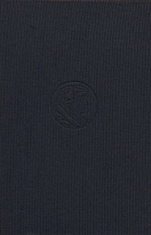 A volume of the Opera Omnia of Erasmus series, this title is comprised of two separate treatise translated into one volume. First, The Institution of Christian Matrimony (Basel, 1526) which was dedicated to Catherine of Aragon. In this work, Erasmus deals with the religious, moral and physical aspects of marriage, also discussing Canon law. Conservative theologians challenged in particular his liberal views on divorce.

The second treatise, On the Christian Widow, was published in 1529, and in it Erasmus discusses not only Christian widowhood, but also virginity and marriage, dealing also with the education of women.