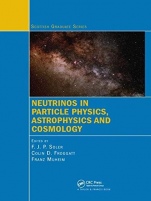 Up to date and comprehensive in its coverage, Neutrinos in Particle Physics, Astrophysics and Cosmology reviews the whole landscape of neutrino physics, from state-of-the-art experiments to the latest phenomenological and theoretical developments to future advances.

With contributions from internationally recognized leaders in the field, the book covers the basics of the standard model and neutrino phenomenology. It also discusses Big Bang cosmology, neutrino astrophysics, CP violation, leptogenesis, and solar neutrino physics, including the standard solar model. The contributors present experimental aspects of accelerator and reactor neutrino experiments as well as nuclear physics experiments that deal with neutrinoless double beta decay and tritium decay. They also focus on neutrino detectors, neutrino beams, and the neutrino factory.

Drawn from the lectures of the Scottish Universities Summer Schools in Physics, this resource provides an essential foundation for anyone working in the exciting area of neutrino physics.